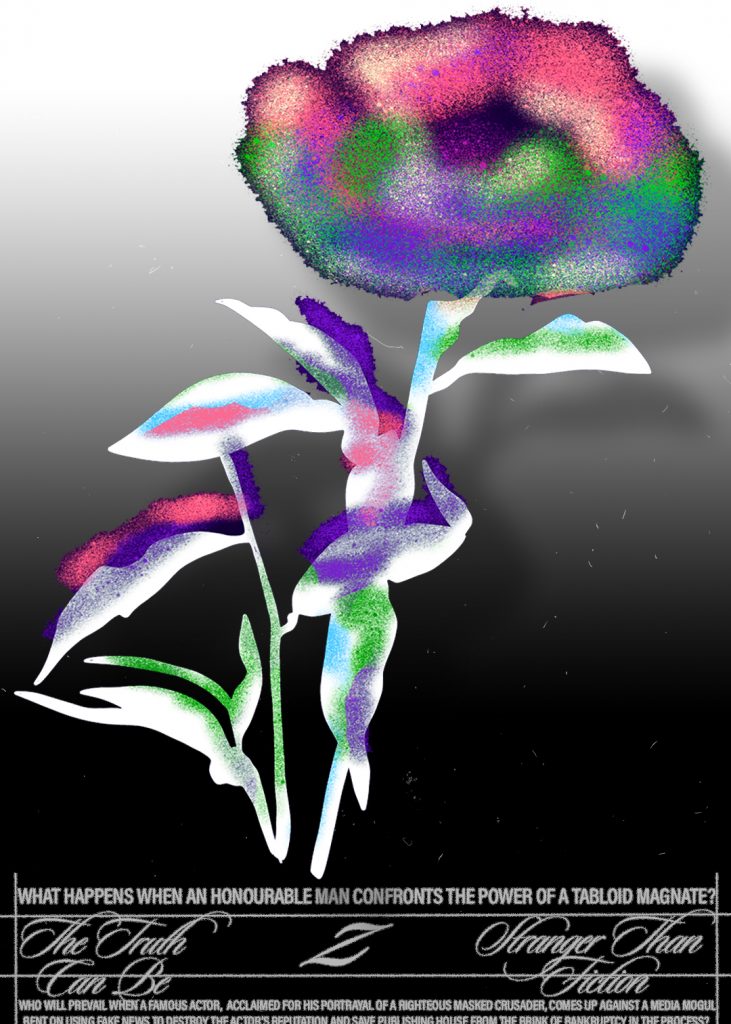 What happens when an honourable man confronts the power of a tabloid magnate? Who will prevail when a famous actor, acclaimed for his portrayal of a righteous masked crusader, comes up against a media mogul bent on using fake news to destroy the actor’s reputation and save publishing house from the brink of bankruptcy in the process?

An actor relies on the press for his success.
The media mogul needs the actor to sell newspapers.
Then one day, this delicate equilibrium is shattered…

A 47-year-old actor in Los Angeles learns by chance that he is idolised in a distant country for the role of a masked crusader he played 15 years ago, in a show that was cancelled after two seasons.

He decides to drop everything and head for this new country, Argentina, where the press elevate him to the level of hero and celebrity, and he enjoys the adulation of millions of people. In Argentina, the people adopt him as one of their own, because his fictional hero is just the man they need to confront the murky political reality of a country experiencing yet another military dictatorship, with thousands of people being disappeared.

Taking advantage of this newfound success and the accompanying celebrity, the actor begins appearing as his character, Zorro, in countless prime-time TV shows. And he starts planning his definitive comeback, writing a film that will catapult him back to fame. But to make his dream a reality he must first confront the whims of the local producers in whose hands the film’s fate lies.

With the transition from military dictatorship to democracy, and the awarding of the 78 World Cup to Argentina, the public appetite for a masked crusader fighting for the rights of the voiceless wanes, and the invites to appear on popular talk shows dry up. On the other hand, he finally reaches an agreement with one of the most powerful TV channels in Argentina. They agree to make his film if, in exchange, he will perform in character every day at the Royal Madrid Circus in a resort on the Atlantic coast, far from the capital.

Unfortunately, the military dictatorship clamps down on the TV channel and the financing for his film vanishes into thin ar. This comes just at the moment when the director of the largest tabloid publishing group in the country, on the verge of bankruptcy, decides to change his approach. In a cruel plot, the publisher that once put him on a pedestal now decides to engage its readership, many of whom are fans of the actor, by using fake news to discredit the one thing that Zorro, Diego de la Vega and Guy Williams all shared: their code of honour…