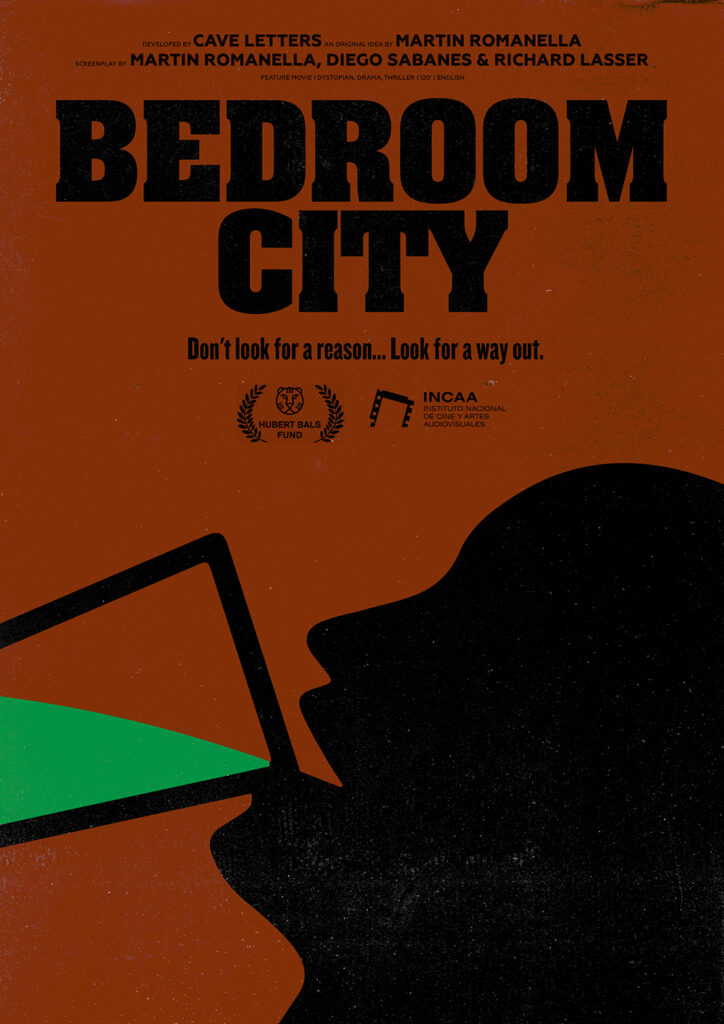 During an acute shortage of drinking water, census officer Finley brings his family to the fishing community where he was abandoned as a baby. In the search for his past he confronts a much darker secret, threatening the inhabitants of Bedroom City.

When clean drinking water is nearly exhausted, FINLEY, a census officer, 40s, takes his bride, EMILY 30s, and her 9-year old son, EWAN, on a working vacation to the once-grand tropical escape – Bedroom City. It will be a chance to fish, relax and – Emily hopes – for Ewan to grow close to the man he hates for replacing the father who abandoned him.

Instead, they find a decaying, desolate port town dominated by an immense water tower and a cluster of cooperative apartment buildings. There, Finley embarks on the task of updating the local census. But as Emily soon finds out, Finley is using the census as a cover. After receiving a mysterious letter from an anonymous resident of Bedroom City, Finley has come on a quest – to track down his biological parents.

The whole place is run by KEITH LANGSTON, 60s, the kindly but all-powerful Administrator, who provides room, board and, most importantly, clean drinking water, in exchange for the inhabitants’ labor. It doesn’t take long for Finley to sense that the locals are holding something back, hiding something they are afraid of – something that now threatens his own family, as his wife is slowly consumed by a strange illness.

As Finley probes deeper, he is resented and rejected by the bizarre community, where messages for the dead are recorded at the city’s unusually busy funeral parlour, where a siren announces the twice daily release of water into the city’s labyrinth of pipes, where the Administrator’s announcements are broadcast everywhere on loudspeakers, where a telegraph is the only connection to the outside world. To make matters worse, Ewan grows ever-more resentful of Finley with each passing day. But when Emily’s deteriorating health forces her onto a boat back to the mainland, Ewan does an about-face and decides to stay with Finley – the only father he has.

It is only with the help of the town’s UNDERTAKER and TILDA, a cook, that Finley learns who his parents were, why they abandoned him, and why there are over 7,000 unaccounted-for deaths. When it dawns on him that no boat and no message ever leave, he has to face Bedroom City’s dark secret. But by then, he too is stricken by the same mysterious illness that afflicted Emily and is powerless to stop the killing. If he and the rest of Bedroom City’s terrified residents are to survive, it will be up to Ewan.

SERIES – BIOPIC, PERIOD, THRILLER, BASED ON A TRUE STORY

MINISERIES – DRAMEDY, POLITICAL THRILLER, BASED ON A TRUE STORY